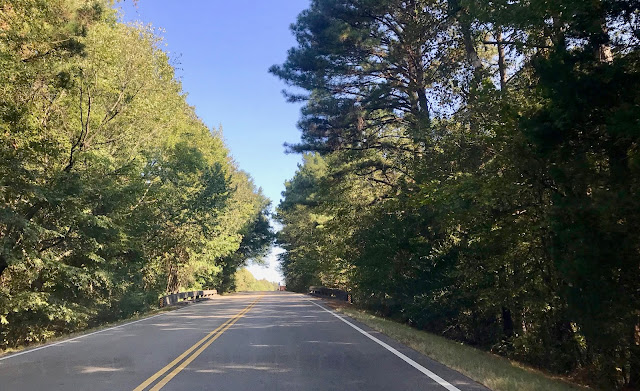 Little did we know about the Natchez Trace when we decided to drive it. You hear the name, Natchez Trace, and it sounds historic and interesting, but what exactly is it?

About the Natchez Trace

Before Europeans discovered the New World, native American tribes like the Chippewa, Choctaw and Natchez traveled along footpaths connecting their territories in the Mississippi Valley. Prior to that, people of the Mississippian Period (1200-1730 C.E., Current Era) used the trails broken through the wilderness by animals like buffalo, wolves and bear.

As choice land along the East Coast was claimed, settlers moved west and to the south as they explored what is now Tennessee, Kentucky, Alabama and Mississippi. 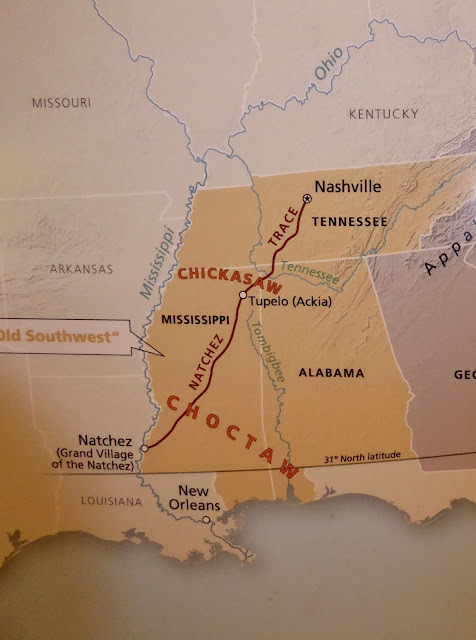 Trade from these areas and others traveled down the Ohio, Tennessee and Mississippi Rivers south to ports in Natchez and New Orleans. It could be a very profitable venture. Trade is a two-way process, but before the coming of steam, the currents were too strong to return home by river. Boats were sold for their lumber, boatmen either bought horses and goods from their profits to sell in the north or walked the 450 miles from Natchez to Nashville along the series of paths that became known as the Natchez Trace. 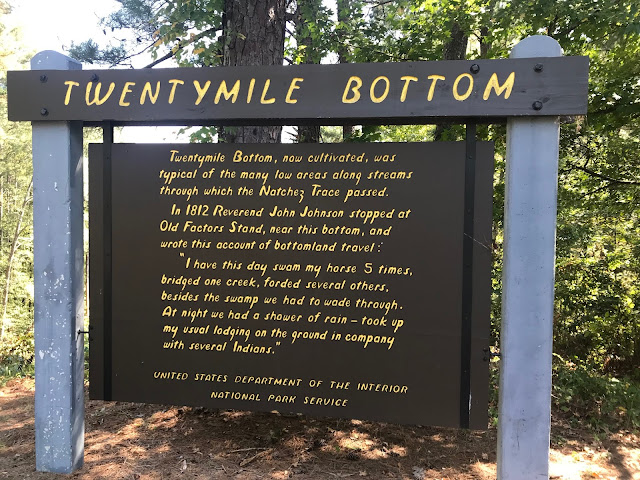 It was a treacherous route. If robbers or Indians didn't plunder and kill travelers, disease, accidents fording deep tributaries and slogging through swamps might.

The Rev. John Johnson wrote from the Trace in 1812, "I have this day swam my horse 5 times, bridged one creek, forded several others, besides the swamp we had to wade through. At night we had a shower of rain - took up my usual lodging on the ground in company with several Indians."

No surprise that it was known as "the Devil's backbone."

Boaters weren't the only users of the Trace. More settlers and speculators did business and visited friends along the Trace. Military units of Spain and later the new United States and post riders did, too. 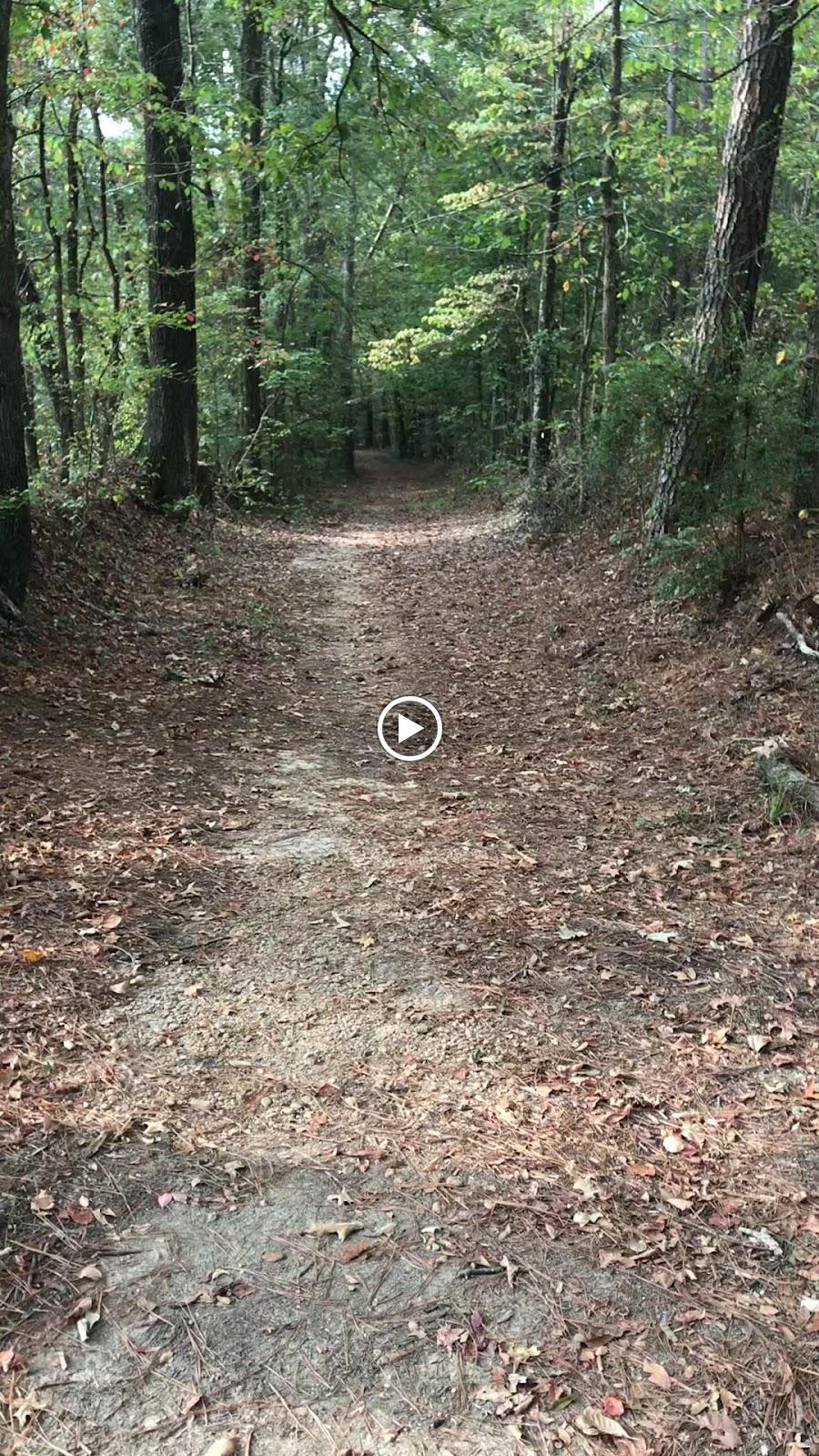 As traffic along the Trace increased, some of the paths were beaten down, creating long passages where the bank was so high travelers could only see what lay immediately ahead. This gave attackers a decided advantage as they could literally jump down upon their prey.

It took about 35 days to traverse the Trace by foot, 25 days on horseback, assuming all went well. In 1810, 10,000 travelers walked the Trace. Once steamboats began to ply the rivers in the mid 1820s, the Trace became obsolete. By the Civil War, it was all but forgotten though some skirmishes and battles were fought in the vicinity.

We start the Trace

The Good Girls' plan was to leave Nashville and catch the beginning of the Trace to see the Double Arch Bridge, veer over to Memphis then go to Tupelo, return to the Trace Parkway and follow it to its end just north of Natchez.

After finding ourselves in a "Seinfeld" rerun - the car we reserved at Thrifty was no longer available at the Nashville airport - the Good Girls hit the road. Watching the morning traffic inching into Nashville, even slower than it moves in Atlanta, we were glad to be going in the opposite direction. 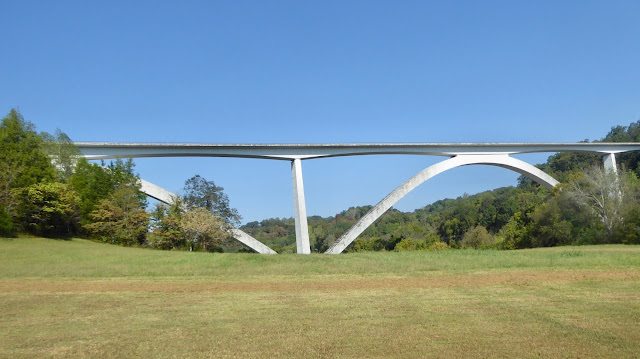 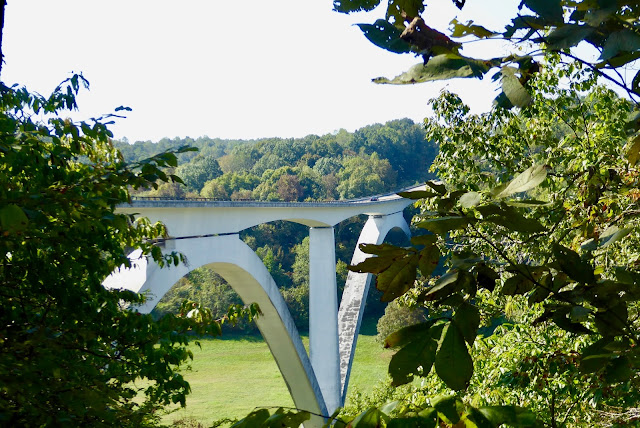 The Double Arch bridge is a lovely thing, impressive in its simplicity, but, suckers for home cooking that we are, was soon supplanted by the discovery of Loveless Cafe. I had read that any trip on the Trace should begin or end at Loveless, but assumed that was merely tourist board hyperbole. 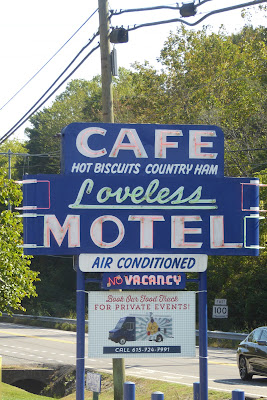 Fortunately our stomachs were growling and we decided to detour a mile or so and try it for an early lunch. 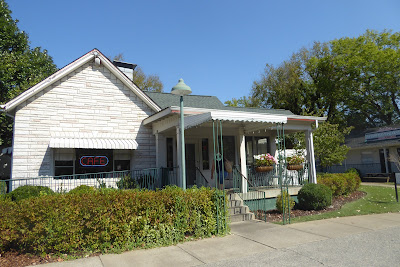 The complex of shops and motel surrounding the deceptively small cafe spoke to its popularity and the friendly bustle of waitresses around full tables boded well. Biscuits are king here so we each ordered one with barbecue. 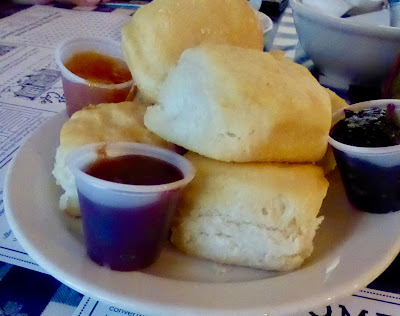 Then a plate of four with three different flavors of jam and preserves arrived. Delicious. 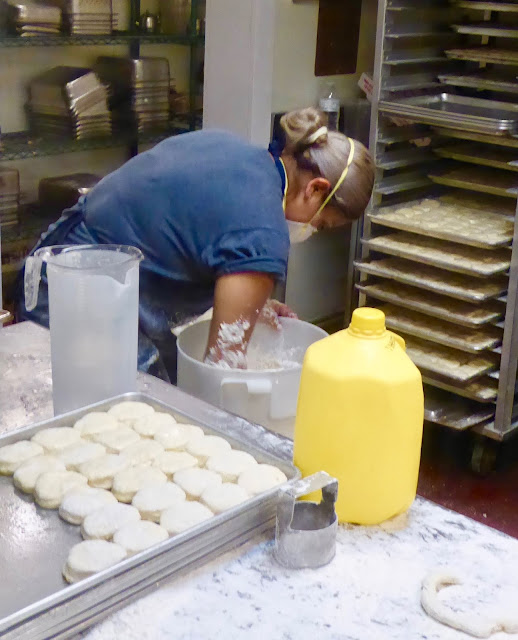 Heading to the restroom I passed a glass window behind which was a young woman elbow deep in biscuit dough. They make 10,000 a day! Large, fluffy and heavenly, mounded high with barbecue pork in a sweet sauce, it was immensely satisfying. Not so much that we didn't split a home made cobbler, though.

Satisfied, we left the Trace and headed to Memphis to visit with the memory of Elvis.

Posted by Judy Wells at 7:00 AM No comments:

A Day in Nashville, A Night at the Grand Ole Opry

The Good Girls planned an ambitious journey, including a drive down the Natchez Trace Parkway along with a side trip to Memphis and Louisiana Plantation Country. We wanted to discover history, taste southern specialties, listen to country music, and soak in the vibe of Mississippi.

We flew to Nashville, Tennessee, for a quick tour of Music City, but also to view the beginning or end of the Natchez Trace depending on the direction you are driving. We were met by fellow travel writer and Nashville native Tom Adkinson, who graciously offered to be our city tour guide.

We arrived in time for lunch at Swett's Restaurant, a soul food cafeteria-style restaurant that serves a bountiful 'meat and three.' I couldn't resist the fried chicken and greens while Judy chose meatloaf. Tom recounted Nashville highlights from his book, "One Hundred Things to Do in Nashville," while we ate.

After lunch, Tom drove us downtown and we stopped at the Carl Van Vechten Art Gallery on the Fisk University campus. The school maintains a permanent collection of over 4,000 objects, and we were hoping to see a few of their famed Stieglitz photos. Nope. They were out on loan. Instead, some Gallery Ambassadors led us through the current works.

As Nashville grew, the city acquired the nickname "Athens of the South." For Tennessee's 1897 Centennial Exposition, a replica of the Parthenon in Greece was built. Plaster replicas of the Parthenon Marbles found in the pediment are direct casts of the original sculptures dating back to 438 B.C. The structure was so popular, it was later reinforced and remains a must-see when visiting the city. The building also serves as Nashville's art museum.

We were in awe of what folks called the Batman building because its roof resembles the shape of the comic book hero's mask. The 617 ft, a 33-story skyscraper, completed in August 1994, officially carries the unexciting name of the owner, the AT&T Building. No wonder it dominates the skyline, the office building ranks as the tallest building in the state of Tennessee.

We drove onward to Music Row passing the historic Clock Tower, formerly a US Customs House,  and the gorgeous Union Station for the railroad. Tom parked at the Omni, which connects to the Country Music Hall of Fame. While we were dying to tour the center, we didn't have time. We browsed the concert signage from Hatch Show Print's and made our way to Broadway, the pulsating street lined with Honky Tonks.


Orchid painted Tootsies caught our eye as did Legends Corner and Nashville Crossroads. Live music reverberates through the windows out to the sidewalk giving off an exciting feel. Inside, drinks flow no matter what the time. Wannabe musicians get their start performing on these small-stage establishments or on street corners.

Don't miss the Ernest Tubb's Record Shop, a music store/museum packed with countless vinyl records, CD's, songbooks, photos and memorabilia from hundreds of artists. Ernest Tubb was a member of the Grand Ole Opry, Country Music Hall of Fame and Music City Hall of Fame. He opened his first store in 1947. Loretta Lynn's dress stood out to us, as did an array of her personalized jams and jellies.

Again, we wanted to linger, but we had to pick up our tickets for the Grand Ole Opry and get ready for the big night. The Grand Ole Opry is to Nashville as Radio City Music Hall and the Rockettes are to New York. Performances start at 7pm and we needed to arrive in time to scope out the place. 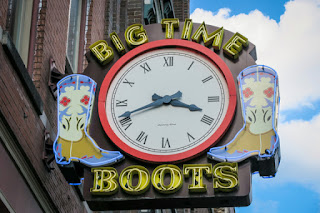 Arriving at the Opry

The crowd milling around the grounds of the Opry seemed to span all levels of society and included all ages. We stopped by the giant guitar for a selfie, then made out way into the gift shop stocked to the ceiling with tee shirts, jackets, and all things emblazoned with Opry logos. 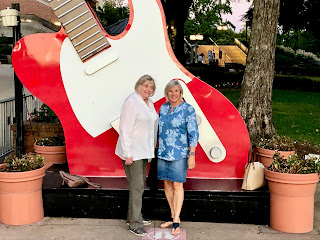 We decided to treat ourselves to a drink. Two gin and tonics set us back $38. From there on, we measured expenses compared to those two drinks! With cocktails in hand, we made our way to our seats. They turned out to be on benches, resembling the pews in the Ryman Auditorium, the previous hallowed home of the show. 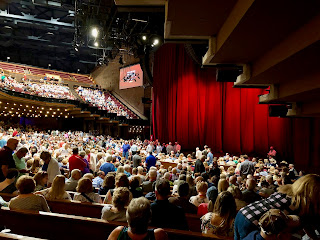 The Grand Ole Opry stage loomed in the front and covered by an immense red curtain. Before the show began, the audience watched a video about the history of the Opry, the Ryman and the flood that severely damaged this new theatre back in May, 2010. We learned that on November 28, 1925, George D. Hay founded a one-hour radio "barn dance" on WSM. Back then, the entertainment was called mountain music. Today, it is the longest-running radio broadcast in US history.

Then, the curtain went up, the show began and feet started tapping. The concert is a precise work of timing, a live radio show broadcast as it has been for the past 94 years. Our entertainment began with the legendary Riders in The Sky, a two-time Grammy-winning, western/comic group that has been performing on the Opry stage for more than 30 years.

We then heard from Bill Anderson, Jamie O'Neal, who brought down the house with her rendition of a Patsy Cline song, and Matt Stell. After intermission, we heard Carly Pearce sing her 2017 debut single Every Little Thing." The Po' Ramblin' Boys followed, a bluegrass group making their first appearance (won't be their last), and we finished the night with the star of the TV show Nashville, Charles Esten. He certainly is mighty fine looking- - and can sing, too.

We thoroughly enjoyed our day in Nashville and night at the Opry but were ready to return to our hotel and prepare for upcoming adventures.

According to a 2015 USA Today story: The Opry has had six homes in its 90 years. The Opry started out at National Life & Accident Insurance Co. in November 1925, moved to Hillsboro Theatre in October 1934, to Dixie Tabernacle in June 1936, to War Memorial Auditorium in June 1939 and then the Ryman Auditorium in June 1943. It settled in its current Grand Ole Opry House, with seating for more than 4,000, in March 1974. The Opry has resided at The Grand Ole Opry House longer than any previous home, and the building has been named to the National Register of Historic Places.