The time had come to leave Nova Scotia and enter New Brunswick, Canada.  From Digby, we would board the Fundy Ferry for a three-hour trip. This ferry carries people, cars and trucks and cargo. The loading and unloading runs like a  precision timepiece. Vehicles are directed to queue up by size, and then drive down into the ship's hold and park. All passengers must then head up to the lounges found two decks above.

The best part of this excursion, at least for my group of writers, was the availability of WiFi onboard.  We went outside to watch the shore fade and then got right to work catching up on emails and stories. Other passengers watched movies, read or visited the snack bar and grill.

Three hours passed quickly, and we pulled into the port of St. Johns, an industrial city. We briefly eyed the city as we drove through and finally arrived at the AlgonquinResort in St. Andrews by-the-Sea. How can you not fall in love with such a poetic sounding name as St. Andrews-by-the-Sea? The legendary hotel, like Digby Pines, is infused with character and historic elegance—and we later learned, ghosts. Families have been returning to this vacation spot for many years, sometimes decade upon decade.

My room on the fourth floor felt swanky. It was spacious with a king sized bed, updated marble bath and calming mauve and gray colors. A pillow emblazoned in the logo 'A' for Algonquin sat on the bed. My window overlooked the hotel grounds with panoramic views of Passamaquoddy Bay.

Now, the name Passamaquoddy kept replaying in my brain. Just what was the name of the movie and dragon set in Passamaquoddy?  I had to ask Google, and the answer smacked me in the head- why Pete's Dragon, of course. I thought the name was fictional but was happy to find the inspiration was Passamaquoddy Bay. I also was delighted to discover a dragon sculpture flying in the Kingsbrae Garden. Guess someone else thinks like me.

History of the Algonquin Resort

Before dinner, we met Kevin Crane, Director of Sales, in the lobby who treated us to a pre-tour glass of wine. He related the history of the property and pointed out the vintage photos hanging on the walls, including one of Franklin Roosevelt as a young man at nearby Campoebello Island. Celebrity guests have included the former Prime Minister Pierre Trudeau and his wife as well as Prince Charles and Princess Diana.

The Algonquin Resort opened in 1889 as Canada's first seaside resort town. The cost of a room at the time was between $3 and $5 per day. Five years later, the golf course was added. By 1912, the six-story Kitchen Wing appeared along with more guestrooms. The Casino opened in 1913, featuring a bowling alley, billiards and pool tables, and a grand ballroom.

Sadly, in 1914, a fire destroyed the majority of the hotel's original, wooden structure. After a year of rebuilding, the resort reopened with a new Tudor-style facade. Blame the telephone and new electrical installations for the rate increase to $4 and $7 per day.

The hotel closed during WWII. In 1991, an expansion added a rooftop garden and convention center. In 1997, equipment was installed so the Algonquin could remain open in the winter. The hotel again closed its doors in 2012 to undergo an extensive, $30 million renovation.

The Castle-by-the-Sea reopened in March 2014, as we see it today. You'll find 233 guestrooms and suites with full amenities, free WiFi and an indoor pool with a three-story waterslide.

My group toured the rambling grounds especially admiring the upper patios that offered to-die-for aquatic views. We then proceeded to Braxton's Restaurant where we indulged in one of the best   Sounds strange and tasted more tangy than sweet, but it grew on me.
dinners we've ever had. We began with one of the signature martini's: Strawberry Basil. 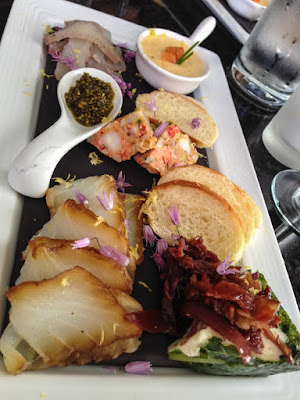 That was followed by a beautifully adorned salad plate. 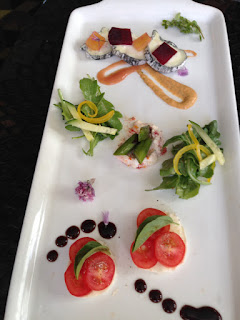 Then came the most exquisite scallops I have ever seen.
Salmon was the main course, topped by hair strand sized fries, adding crunch to the sensation sauce. Every bite was fantastic. We couldn't stop ourselves as dessert was a divine chocolate tart, creamy on the inside with a crisp tart crust. Then, the entire dinner was topped with a shimmering goblet of ice wine.  A heavenly meal to long remember. 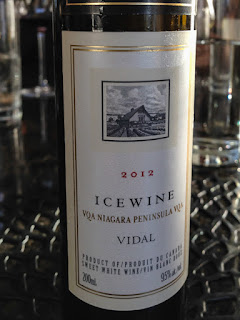 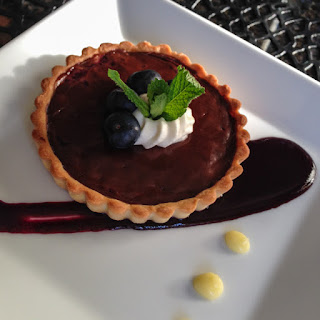 Ghosts of The Algonquin

After that feast, we needed a walk, so were taken on a ghost tour (just ask if you are interested in the resident ghosts). I did not realize until the tour paused directly across from my room, that I was so near one of the most haunted places. Room 473 is known as the Crying Bride's room. The story dates back to the early 1900’s when an out-of-town bride waited for her groom at a local church. Sadly, he never arrived. She returned to the Algonquin and cried all night long. The next day, friends found her body and claimed she died of a broken heart. I’m relieved to report that I didn't hear a whimper. 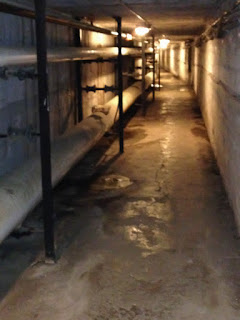 We rode the elevators down to the old underground walkways of the kitchen and food transfer area. Felt a bit creepy down there. The staff claims they sometimes see the bellman. Some say he went into the fire to rescue a mother and child, and all died. There is also a story about a piano saved from the flames that is kept locked. Only the bellman had the key but some folks swear they hear the piano being played. Another ghost likes to change the place settings in the dining room.

You decide. I felt entirely comfortable in the hotel, in fact, I believe it was my favorite lodging of our Two Nation Vacation. It's the kind of place you want to stay awhile and sit back. I loved the gracious yet friendly feel of the hotel, the dog-welcoming staff, the superb food, my comfy room and the location near enough to walk downtown.  Send me back!
Posted by Bylandersea at 3:02 AM No comments: 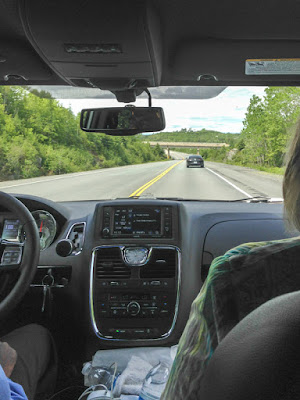 Off and on inclement weather made for interesting cloud formations as we left Halifax and headed west to Digby and the fabled Bay of Fundy.

We drove the Harvest Highway 101 which took us through the Valley of Farmers, Nova Scotia's bread, orchard and vineyard basket. Red clay soil reminded me of Georgia as we drove past gently rolling rises of fields and farms.

We passed Berwick, the Apple Capital. The sun played peek-a-boo, brightening the brilliant stands of yellow, white and purple wildflowers carpeting the roadside and pastures. As usual, the Good Girls wanted to stop and explore half a dozen times, but we had places to go and timetables to keep. 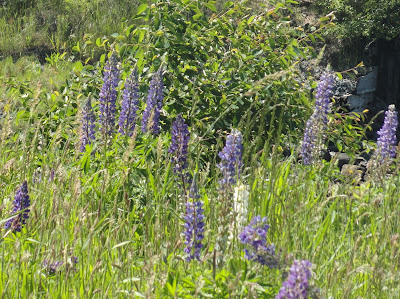 Hills grew taller as we neared the sea again and spreads of purple, white and pink lupines interrupted the more mundane wildflowers.

We were ready for lunch when we rolled into Annapolis Royal, a charming, beautifully kept town, where peeling paint, weeds and errant grassy patches seemed to have been disciplined out of existence. 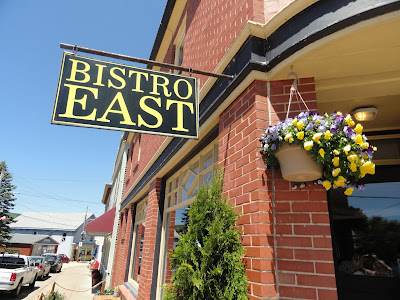 Bistro East was our destination and we continued our quest to deplete the lobster population. 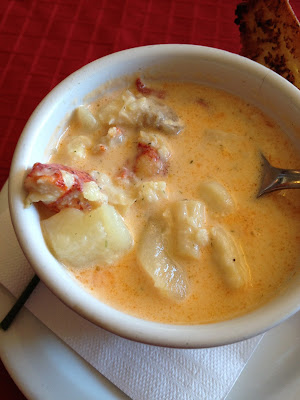 The seafood chowder was one of the best and the lobster roll was everything one could hope for. 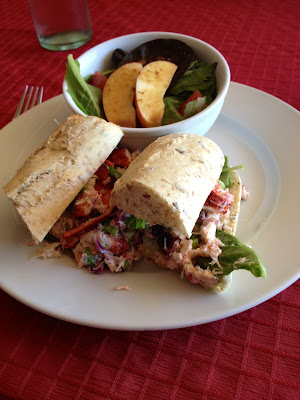 Everything else served is tempting so it gets our A+ , spoons and forks up vote of approval. 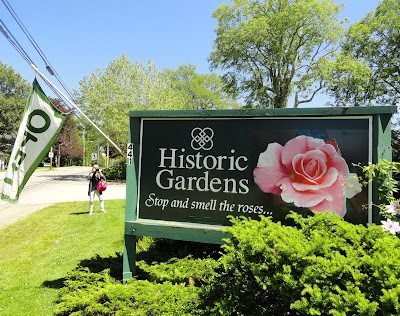 The Historic Gardens gave us an opportunity to walk some of it off. Annapolis Royal claims the title of oldest permanent European settlement in North America - 1605 vs. Jamestown's 1607 although much later than     than St. Augustine's 1565 - and this was designed to celebrate that long heritage.
As the land slopes down to a tidal river valley all varieties of garden design can be seen, 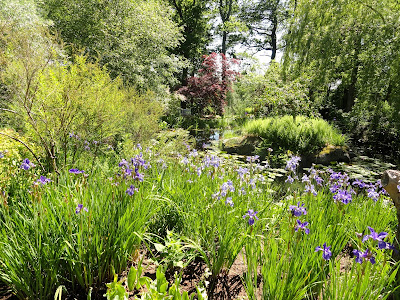 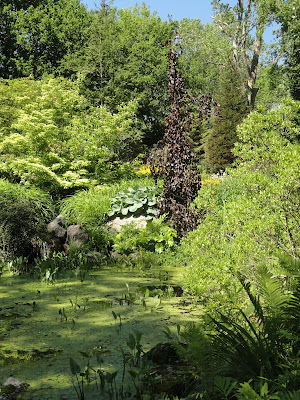 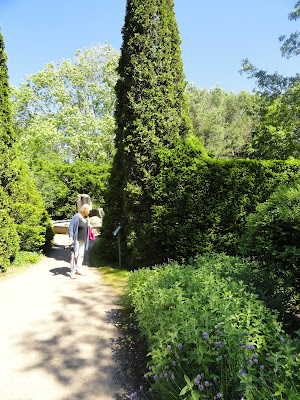 a Governor's garden of the 18th century, 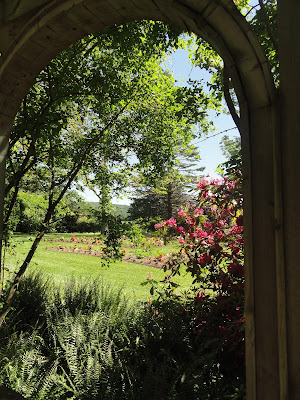 a Victorian garden of the 19th

and the recreation of a pre-deportation Acadian settler's homestead. 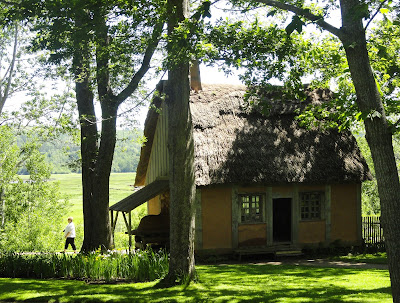 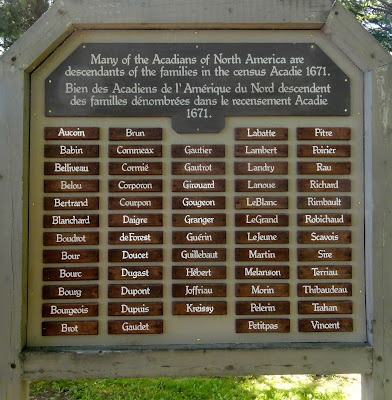 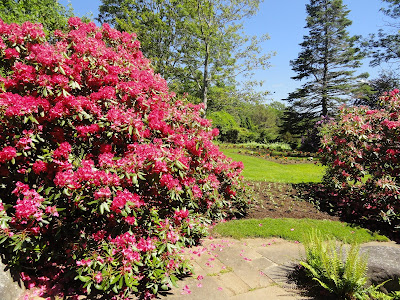 Rhododendrums  were still in their glory,


peonies were just coming into theirs 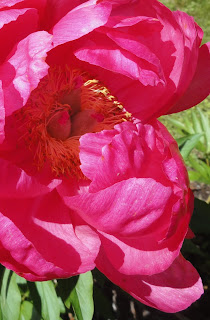 and yellow laburnum draped the pergola.


Not a bad way to while and wander. 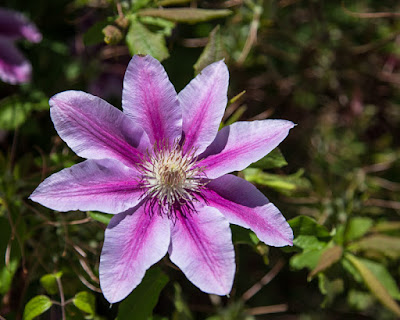 Posted by Judy Wells at 1:09 AM No comments:

Make Mine Maritime, Museum That Is

While at the waterfront, I took a quick but fascinating swing through the Maritime Museum of the Atlantic. 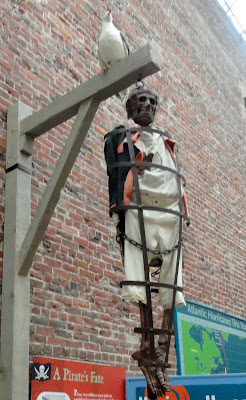 It is a kid pleaser from the moment you walk in, thanks to a grisly recreation of a dead pirate hanging in a gibbet and to the Kraken that looms in a corner upstairs. 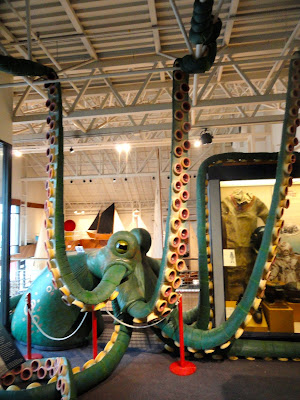 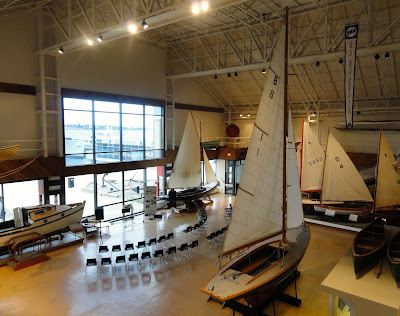 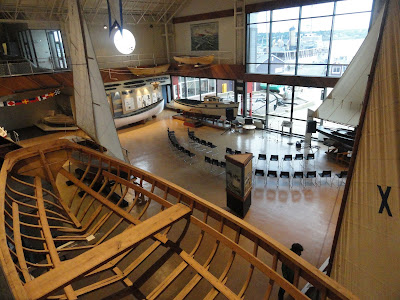 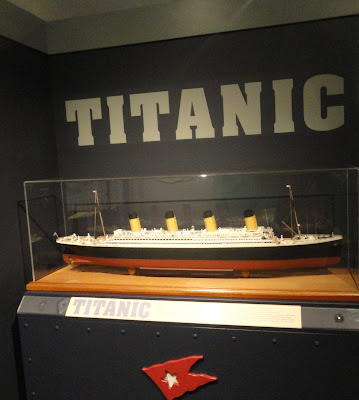 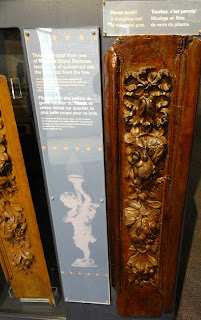 Particularly interesting and poignant, especially to the non-nautically inclined, are re-creations and artifacts from the doomed HMS Titanic and its passengers. A wooden deck chair from the elegant liner, pieces of carved wood decorative elements, a mortuary bag. So sound a sleeper was Halifax millionaire George Wright that he slept through the alarms and was lost at sea. 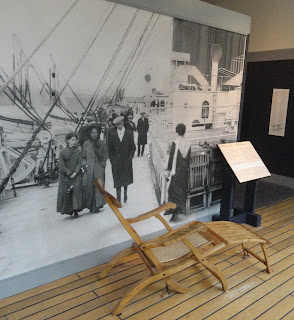 Of course there is an exhibit on Samuel Cunard, the native son who became a shipping magnate and whose name still graces the world's only regularly scheduled ocean liner service between Great Britain and the United States. 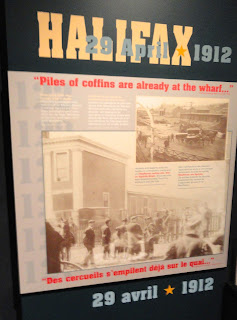 Another fascinating section is dedicated to the Great Halifax Explosion, a temporary exhibit so popular with Haligonians that it is now a permanent fixture.

The next day, the Good Girls returned to the waterfront. We had a grand time learning about the 1.5 million immigrants who came to Canada through Pier 21, the Canadian Ellis Island,  between the 1920s and 1970s. Our visit to the Canadian Museum of Immigration at Pier 21 was, for non-Canadians, surprisingly interesting.


Would you have arrived as a first, second or third class passenger? See if you can pick out and properly set your china and glassware.

After World War II, one of the biggest waves of immigration occurred. Canada needed farmers, the Netherlands had farmers and many came with $100 per family and a kist, a box of everything they expected to need for their new life on a Canadian farm. The contents of these, some as large as a two-car garage, are fascinating.

Daunting is the word for the train trip that took them from Halifax to Vancouver. We sat in the model train car and tried to imagine what life in those packed cars must have been like.

We didn't have to imagine the nurses who examined immigrants because in typical Good Girls style, we tried on their uniforms.

Don't miss the very good museum store on the first floor.
Posted by Judy Wells at 6:22 AM No comments: