A Tasting at Childress Vineyards: Sipping and Slipping

On a Sunday morning I took a short walk from the lovely Holiday Inn Express at the Vineyards (where I stayed during my Lexington visit) over to Childress Vineyards. The commanding 35,000-square-foot building is reminiscent of a Tuscan villa and features state-of-the art wine operations, educational tours, lunch at The Bistro, a seasonal concert series, and elegant banquet and meeting rooms.

NASCAR team owner Richard Childress fulfilled a longtime dream when he opened Childress Vineyards in 2004. When he first began auto racing in California, he visited many estates and became passionate about wine. Although he considered creating a vineyard in California and New York, he chose to grow grapes in his hometown: Lexington, North Carolina. The terroir, with its combination of humid climate, long growing season and gravely, red clay soil are the key natural features of the vineyards. 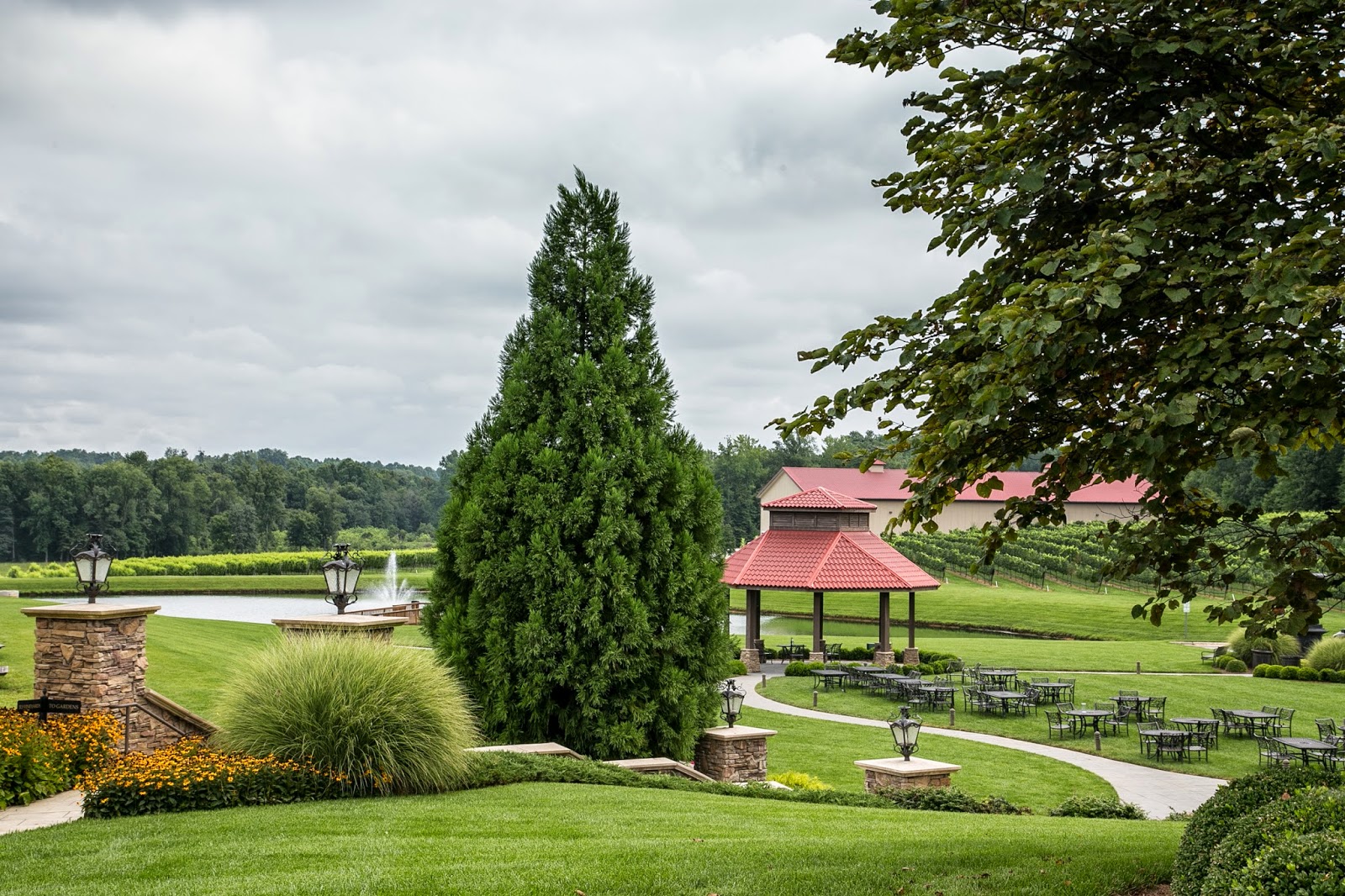 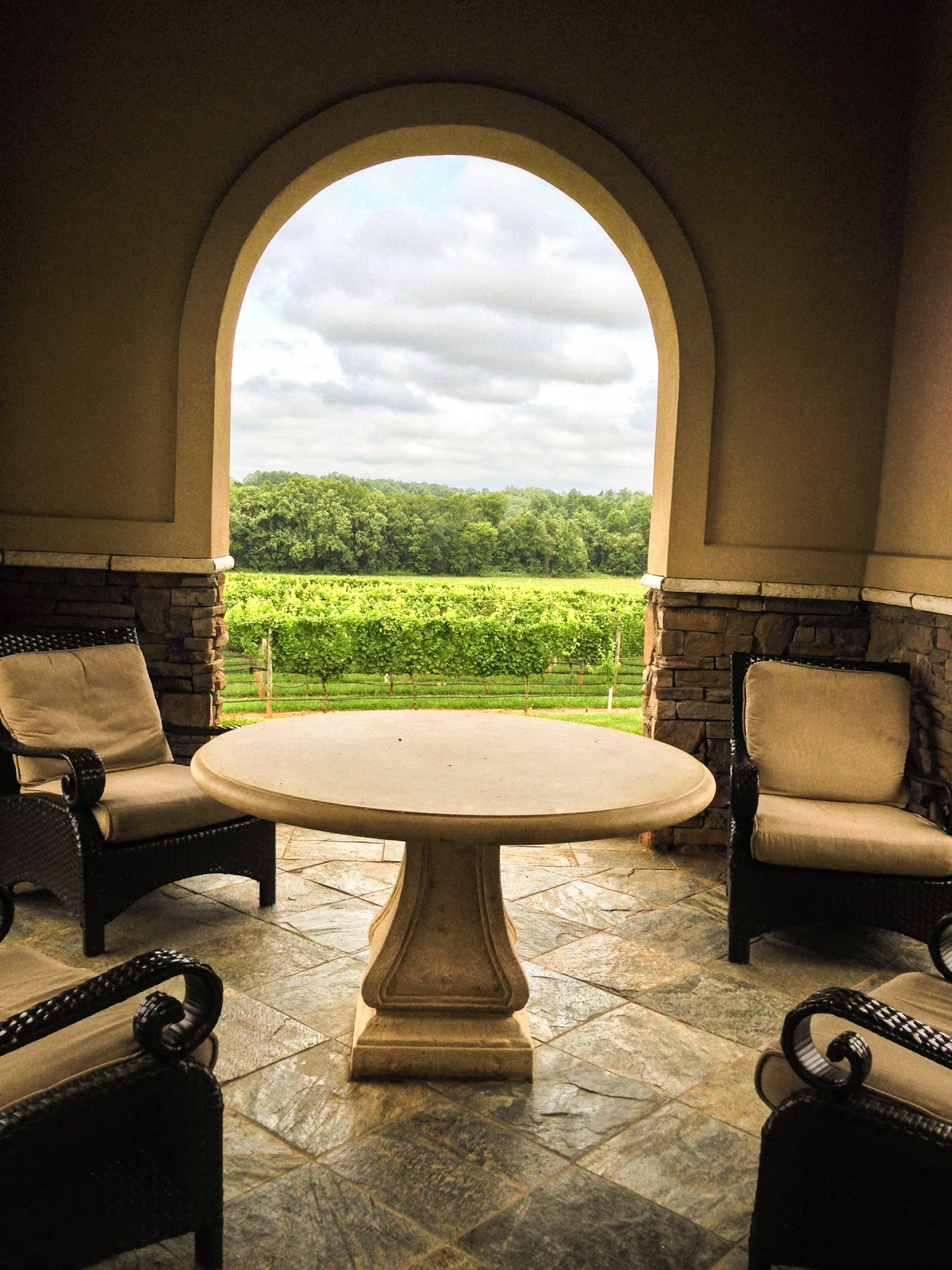 Like his RCR Racing team, Childress employs top personnel and the best equipment at Childress Vineyards.  He lured award-winning winemaker Mark Friszolowski and put him in charge of the winery production. The August 12, 2014 edition of The Dispatch, a newspaper in Davidson County, NC, quoted Childress as saying:

The reason this winery has survived is the quality of wine Mark has been able to make. If we had just average wine, we probably would have closed the doors years ago. I built this winery like a race team. On a winning race team you have to have the best. Mark is the driver, he is the guy who drives this business, and we have a lot of other great people on our team who have contributed to our success. 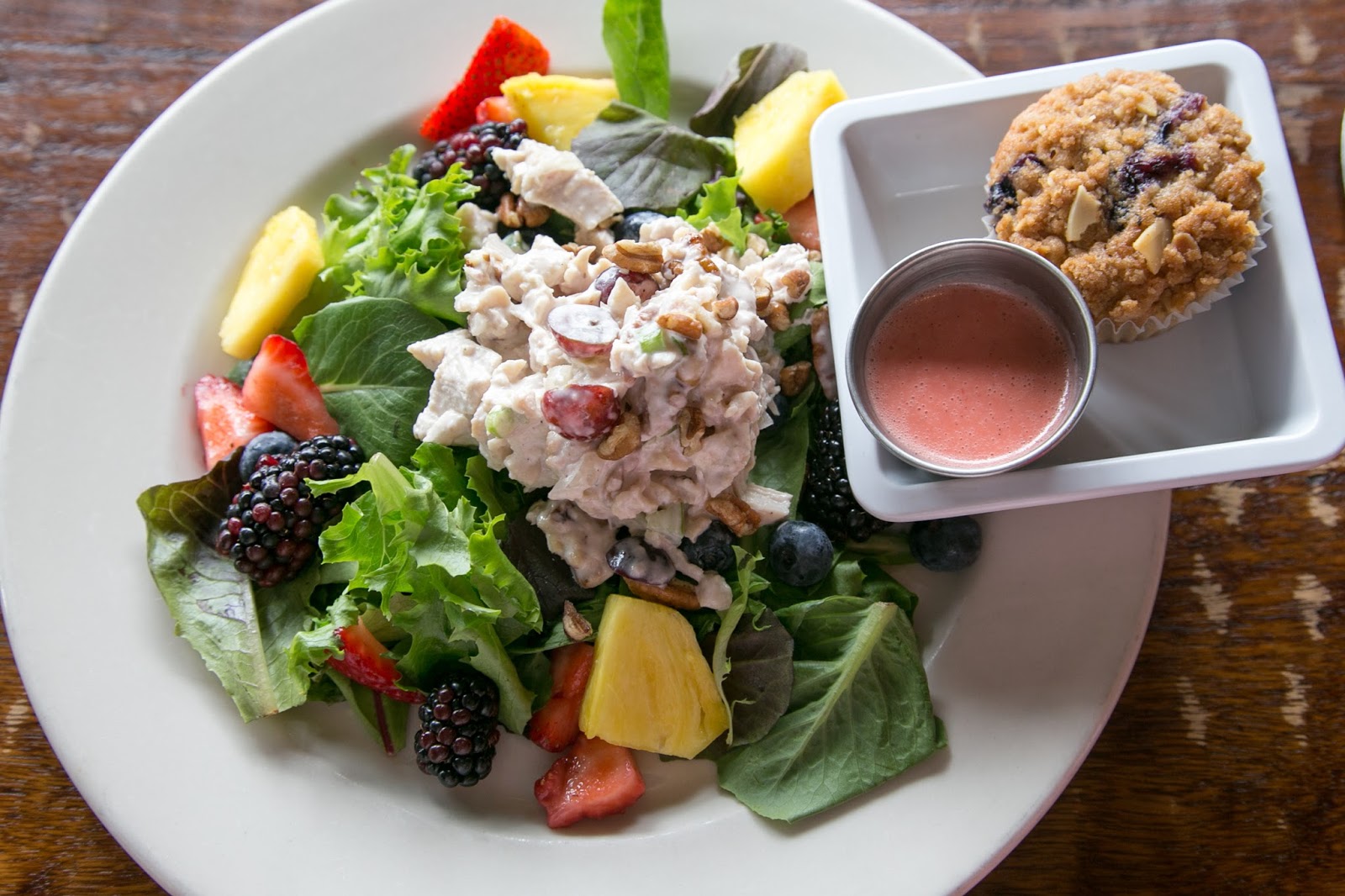 The Good Girls savored a gorgeous fresh fruit/chicken salad at brunch overlooking acres of grapes ready to be harvested and manicured formal gardens. They then made their way to the atmospheric cellar barrel room stocked with award-winning varietals, reserves, signature, dessert, sparkling and Muscadine wines. The barrel select tastings include eight half-ounce pours and a souvenir glass. They sipped on Sauvignon Blanc, Reserve Chardonnay, Sangiovese, Pinnacle (a Bordeaux-style red blend), Merlot, Reserve Cabernet Sauvignon, Three Red- the vineyard best seller, and a Finish Line Port. All were superb but I liked the Reserve Cabernet best. 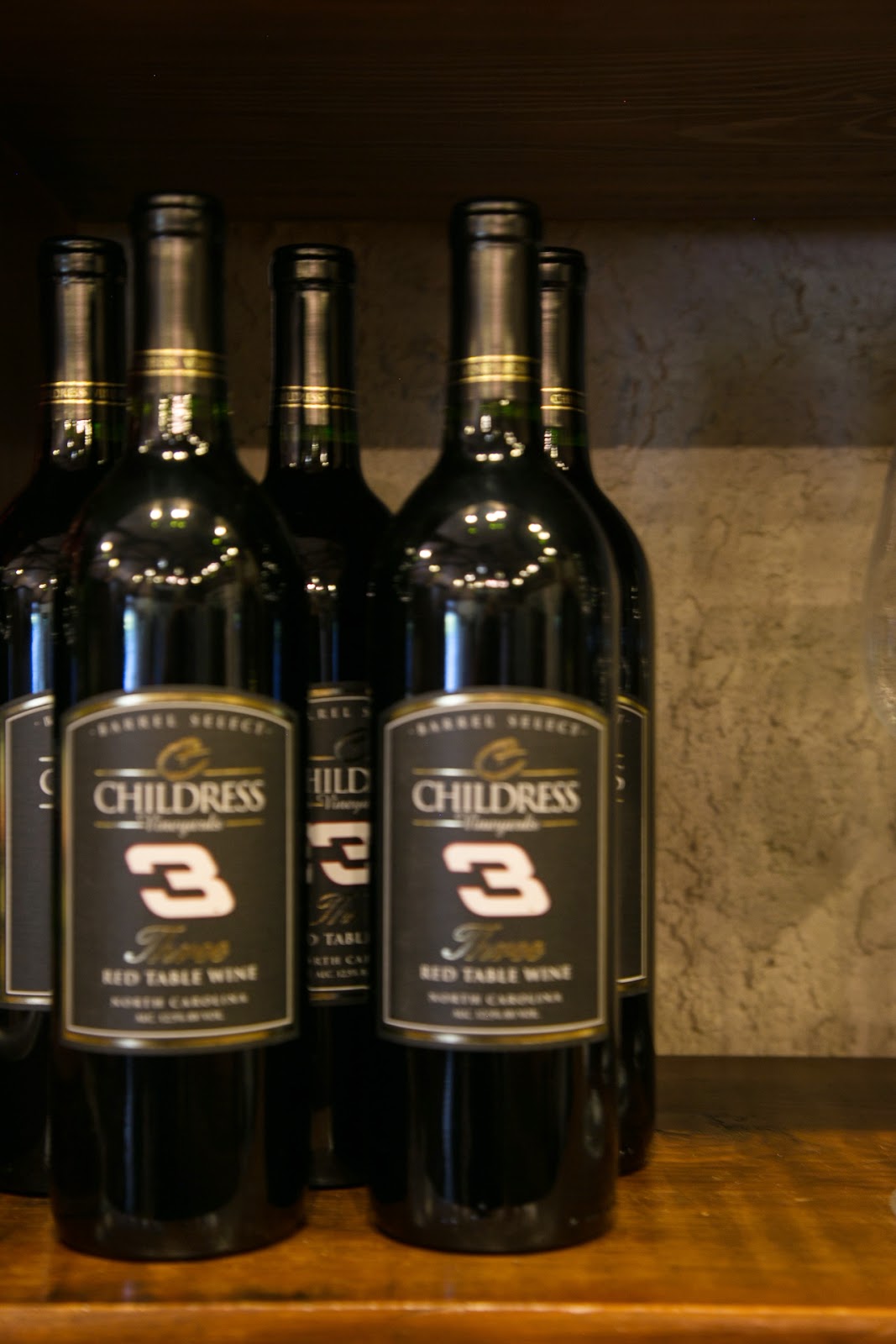 Prices generally range from about $10- $25 per bottle; the special select  2010 Richard's Red goes for $50. ChildressVineyards was recently selected as one of America’s top 25 tasting rooms by Wine Enthusiast magazine.

A special appearance by Richard Childress, himself, was a most unexpected and delightful surprise. The Good Girls would have had their photo taken with the entrepreneur except --  Judy's hip replacement decided to pop out, incredibly while she was seated.  At least she had the wine to dull her pain! 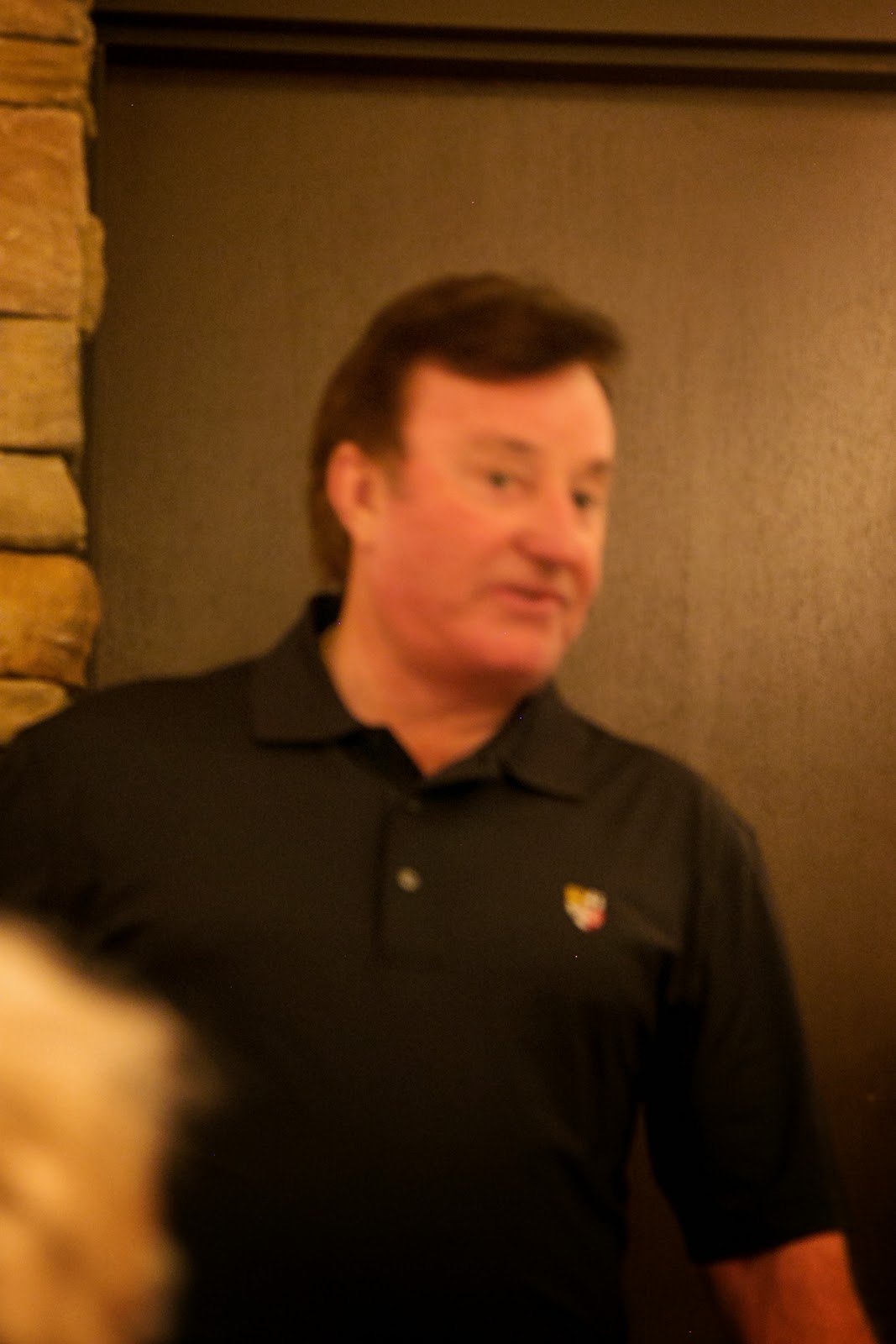 Once again I watched EMTs carry Judy on a gurney (as happened on the Good Girls 2013 trip to Georgia) and met her at the local hospital. She received excellent and very timely treatment. We give the staff a thumbs up. By 4:30 the Girls were back on the road and off to Greenwood, South Carolina where the trip would continue. 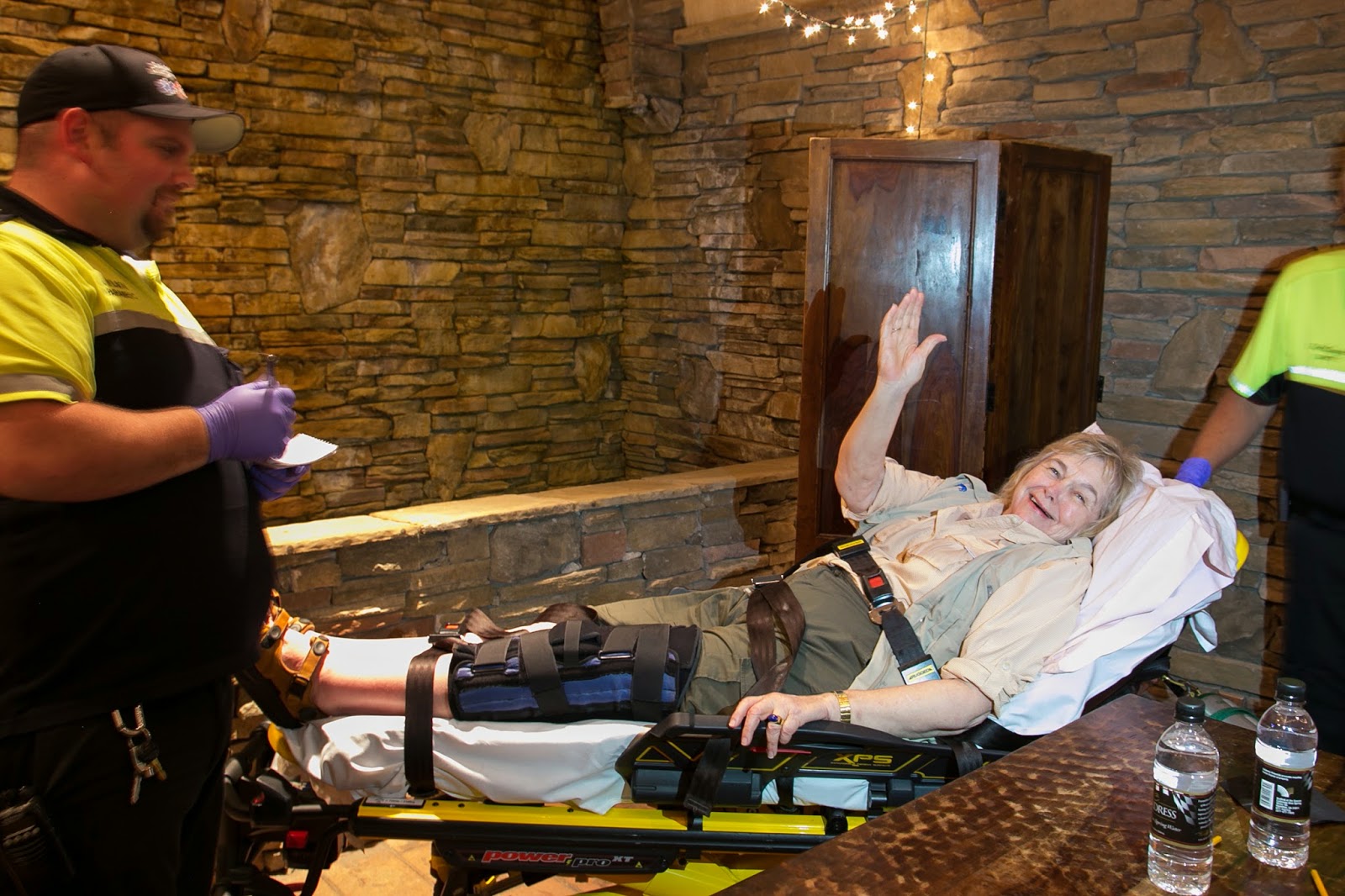 I would like to note that Childress Vineyards is a primary sponsor of the annual Lexington Barbecue Festival held in October each year. Artist Bob Timerlake designs the label and Childress bottles a special vintage called Fine Swine  Wine. Bottles go on sale the morning of the Festival and we hear they sell out quickly.  Sorry we will miss the extravaganza which has been called one of the Top Ten One-Day Festivals in the US.


Thanks Lexington Tourism for a fantastic time.

Posted by Bylandersea at 5:14 PM