Never turn down an opportunity to spend a morning in Memphis at the venerable Peabody Hotel.


Where else can you watch ducks march from the lobby elevator to a fountain, take a tour of the hotel with the elegantly attired Duckmaster, meet the son of Elvis' tailor and enjoy a delicious high tea surrounded by elegance in Chez Philippe, the world's only French Restaurant that has never served duck? 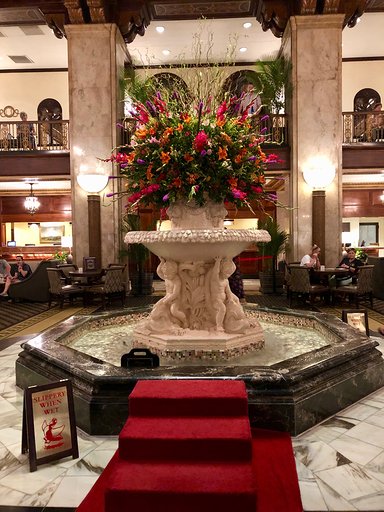 The VIP feeling begins immediately when you walk through the door. Adults take seats at tables in the lobby, while youngsters stay busy talking to the Duckmaster and checking out the “duck pond” where the ducks soon would head.

Dubbed the "South's Grand Hotel," the first Peabody opened in 1869 closing 54 years later. It reopened as a larger, better version in 1925, at its current downtown location.

In the 1930s, the Peabody held one of three locations where CBS radio broadcast live shows, attracting top bands like Tommy Dorsey, Paul Whiteman, Harry James and Les Brown. Between 1945 and 1950, one such program was hosted by young Sam Phillips who later launched Sun Records and the career of Elvis Presley. Elvis connections appear all over Memphis.

The ducks arrived in the 1930s, too. Turtles and young alligators previously had appeared in the fountain, but their tenure was always short. Then, one afternoon in 1933, General Manager Frank Schutt and his pal Chip Barwick returned late from a duck hunting trip in Arkansas. They planned to keep temperatures and spirits high with liberal doses of Tennessee sipping whiskey. In those days, live ducks were used as decoys, so they deposited three small English Call ducks in the lobby fountain.

When morning arrived, the ducks were still happily paddling around, delighting guests and staff. The 85-year tradition of Peabody ducks had begun.

In 1940, Bellman Edward Pembroke, a former circus animal trainer, volunteered to bring the ducks to the fountain each day. He soon had them trained to march in line, enhancing the tradition. Pembroke became the first official Duckmaster and performed the morning and afternoon ritual until his retirement in 1991. 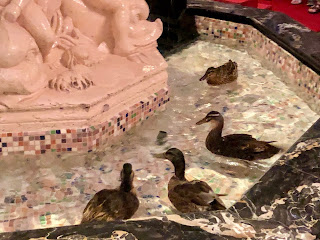 On the morning of our visit,  three female and one male mallard performed perfectly, clearly eager for their daily swim. As the lobby emptied, Duckmaster Kenon, in training to be the seventh to hold that title, began the daily hotel tour.

We learned that the '60s and '70s were not kind to the Peabody and in 1975 it was put up for sale on the courthouse steps. Belz Enterprises stepped in, bought and saved the venerable hostelry, spending $25 million to restore and remodel the Peabody to even greater glory, ducks and all.


After admiring the ceilings and chandeliers, we were led to Lansky Bros, "Clothiers to the King," who moved their famed store into the new Peabody. 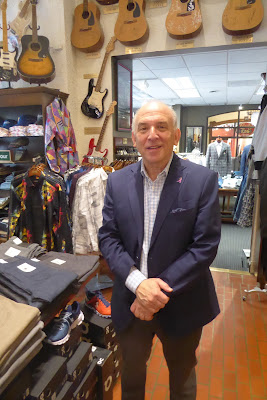 Kenon introduced us to Hal, son of Bernard Lansky who befriended young Presley and encouraged him to visit the store any time.

When Presley was booked onto the Ed Sullivan show in Sept. 9, 1956, he came to Lansky with a problem: he needed something nice to wear but didn't have any money. Bernard fitted him out on credit. Ever loyal, Elvis came to Lansky for clothes from then on, sporting the pink and black outfits Lansky developed for him to his wedding tux.

Hal encouraged us to try on a few things, not that we needed any encouragement. 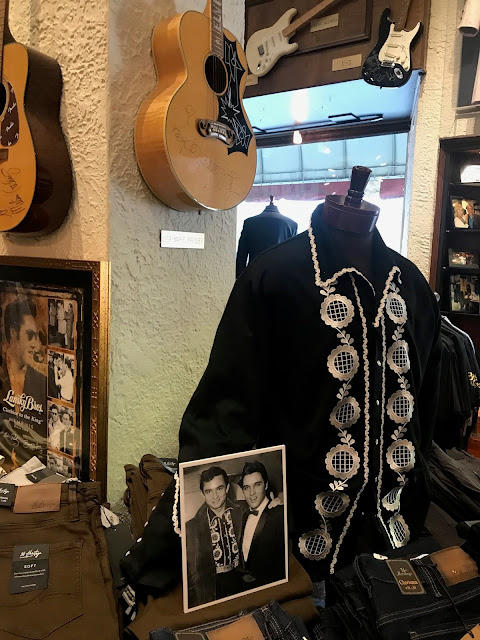 So can you;  a jacket like the one Elvis wore for his wedding with a special lining will set you back $295, a bottle of his cologne $60.

With Elvis fresh on our mind, we toured upstairs, seeing the photo documenting the signing of Elvis' first recording contract with RCA, 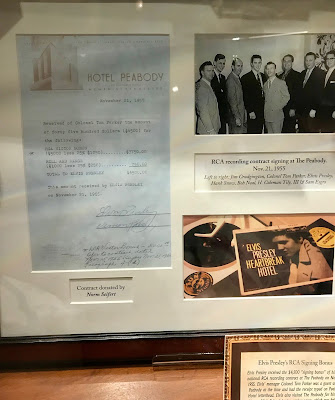 the note ordering no dead ducks at the Peabody 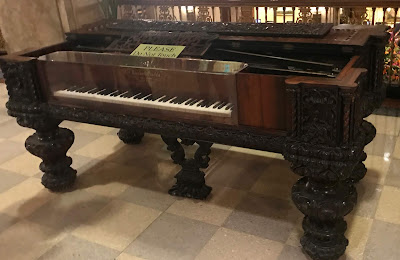 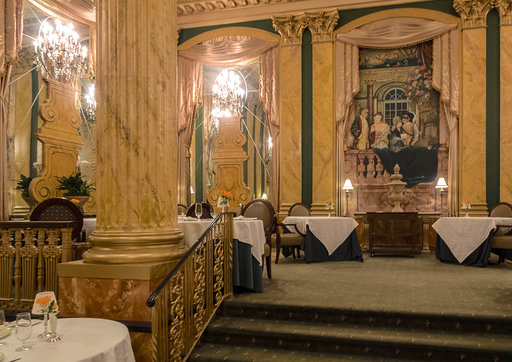 By this time, we had worked up an appetite and were ready for a bit of high tea pampering at Chez Philippe. Elegant is the word for this hushed space, a sigh of refinement in an otherwise bustling world beyond the tables set with Petite Fleur china. 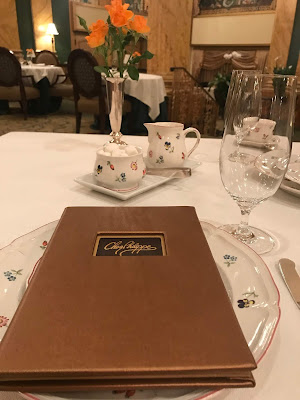 We started with Champagne, then selected from among seven teas and savored our environment. In perfectly timed succession we were served our beverages, 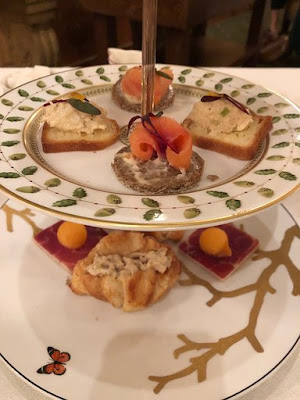 a two-tiered arrangement of savories, 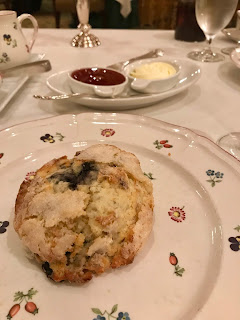 a basket of hot blueberry scones 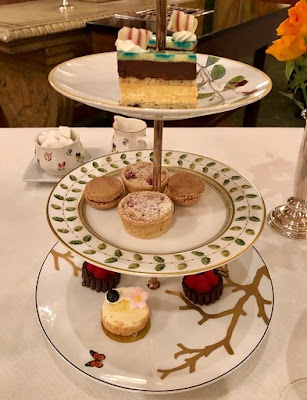 and a a three-tiered array of sweets.

Delicious, but too much to eat. We left with a box of goodies hoping the maid at the hotel would find them as delicious as we did. Most of all, we left feeling like we were somebody at the Peabody. 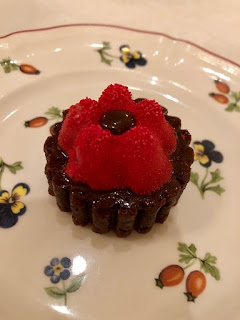