At elevations of 4,150 and 4,000 feet respectively, both Bishop and Pioneertown, CA, are considered high deserts.

Nestled in Owens Valley, east of the Sierra Nevada mountain range along the famous El Camino Sierra, Bishop is the only incorporated town in the county. 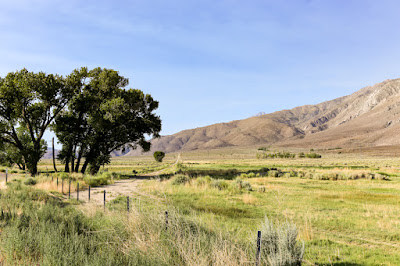 Known as the "Little town with the big backyard," home of the annual  Mule Days celebration, Bishop and its neighbors Lone Pine, Independence and Big Pine have much to offer visitors as we soon discovered.

The history here is sadly typical. White settlers arrived in 1861, the first stockman, Samuel Bishop, lending his name, to the town. Cattle and other livestock ate up the food, almost starving out the native tribes. With the discovery of silver, miners cut down the pinyon pines for support beams and ore smelting, eliminating the fatty nuts that had long sustained the Indians. As today's residents say, "The Homestead act of 1862 put the nail in the Indians' coffins."

Then a canny Los Angeles investor managed to snatch the water rights to Owens River for his city and the aqueduct it built. (See the movie Chinatown.) 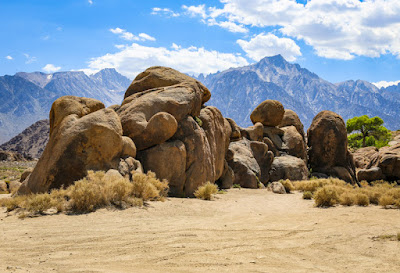 We had the deja vus after turning off the highway at Lone Pine and driving through the Alabama Hills and soon knew why.

"Lone Pine is where the West became the West," said Don Kelsen of the Museum of Western Film History.
The Alabama Rocks and rugged terrain up toward Mt. Whitney also stood in for India, China, Afghanistan and other planets in films such as Lives of the Bengal Lancers, Charge of the Light Brigade, Gunga Din, High Sierra, Bad Day at Black Rock, How the West Was Won, The Long Trailer, Star Wars, Iron Man, Transformers. Not to mention just about every Jeep and all other makes of car TV commercials ever aired aired. 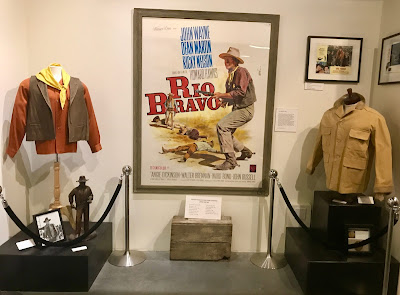 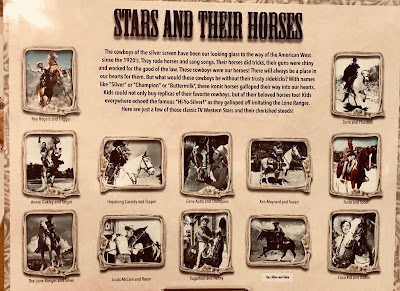 as we toured the museum, watched a film and drooled over everything from classic cars
to movie stars' hats, costumes and six shooters,


we accompanied Don back to a specific are a of Alabama Rocks.

There we followed the the script to sites where scenes of the 1956  Lone Ranger episode were shot. 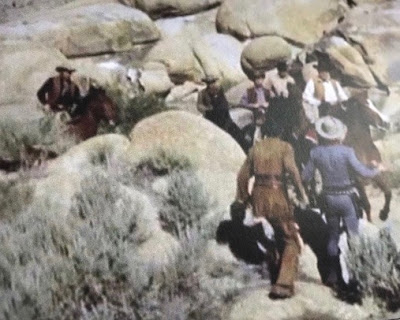 Dining in Bishop is casual and fun. We found good barbecue at Holy Smoke and whopping burgers and steaks in the lively setting at Aaron Schat's Roadhouse.

Pioneertown  may be the only town named after a Western quartet. Story goes that movie bad guy Dick Curtis halted his horse on a grassy knoll and said, "This is the place." In 1946, he, and investors like members of the Sons of the Pioneers (who sang with the singing cowboys and were so popular the town was given their name), Roy Rogers, Philip N. Krasne, Gene Autry and Russell Hayden built Pioneertown as a working movie set. 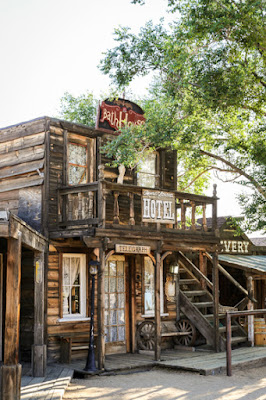 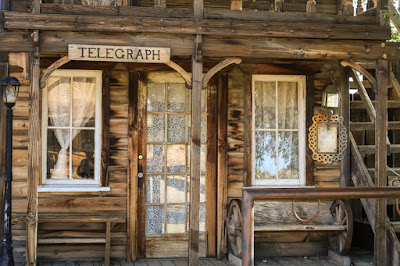 Selected for its versatile terrain, the area could replicate the scenery of  seven Western states. At its peak, the Pioneertown complex included The Townhouse, a 20-room motel for cast and crew; corrals, stables, a sound stage and storage facilities; the Golden Stallion, a Chinese restaurant; two saloons and a six-lane bowling alley that kept Roy Rogers entertained. More than 50 films and a number of television series were shot here. 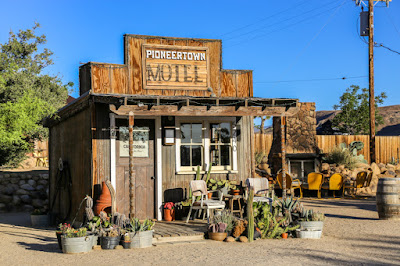 Today the Townhouse is the Pioneertown Motel, open to all, some of its rooms named for cowboy stars. 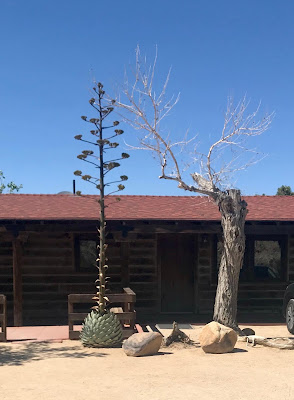 Gene Autry was known for holding late night poker games in his.

No TVs but free Wi-Fi and folding chairs you are welcome to use on jaunts during your stay. 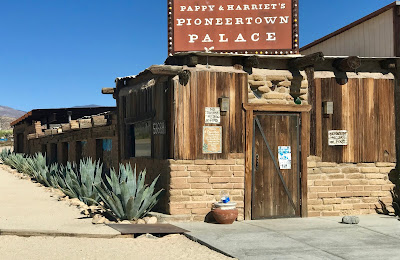 And yes, there is a lively saloon and restaurant, Pappy and Harriet's a short walk away. 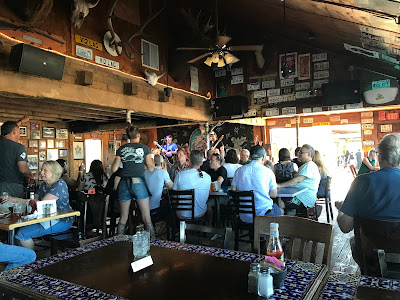 For breakfast, the Good Girls hopped in a car and headed to nearby Frontier Cafe. Worth the wait. 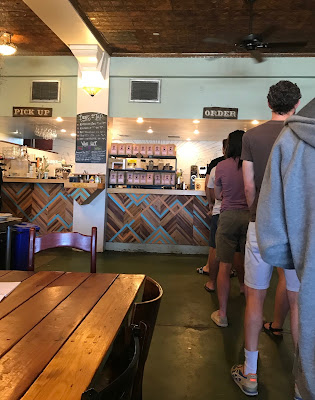 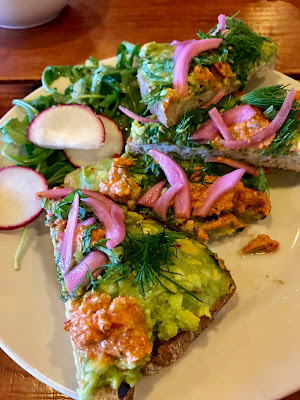 Like Bishop, Pioneertown is one of several communities including 29 Palms, Yucca Valley and Joshua Tree beyond Palm Springs. More about those later.